Tips For Keeping Your Child Safe Around Guns

Gun safety is everyone’s responsibility, and we feel gun safety should be taught to everyone, regardless of their political position on firearms ownership or whether they are actually gun owners. Teaching firearms safety to kids should be common-sense education similar to teaching kids about fire safety, stranger danger, internet safety, drug safety, crossing the street safely, or any other aspect of modern life.

There are two main aspects to consider here. First, keeping kids safe around guns in situations where they may encounter firearms in situations that are out of your control; i.e., at friends’ homes, outside, or other locations. Secondly, keeping your kids safe around guns if you choose to involve them in the shooting sports, hunting, or other activities where they are actually using firearms. 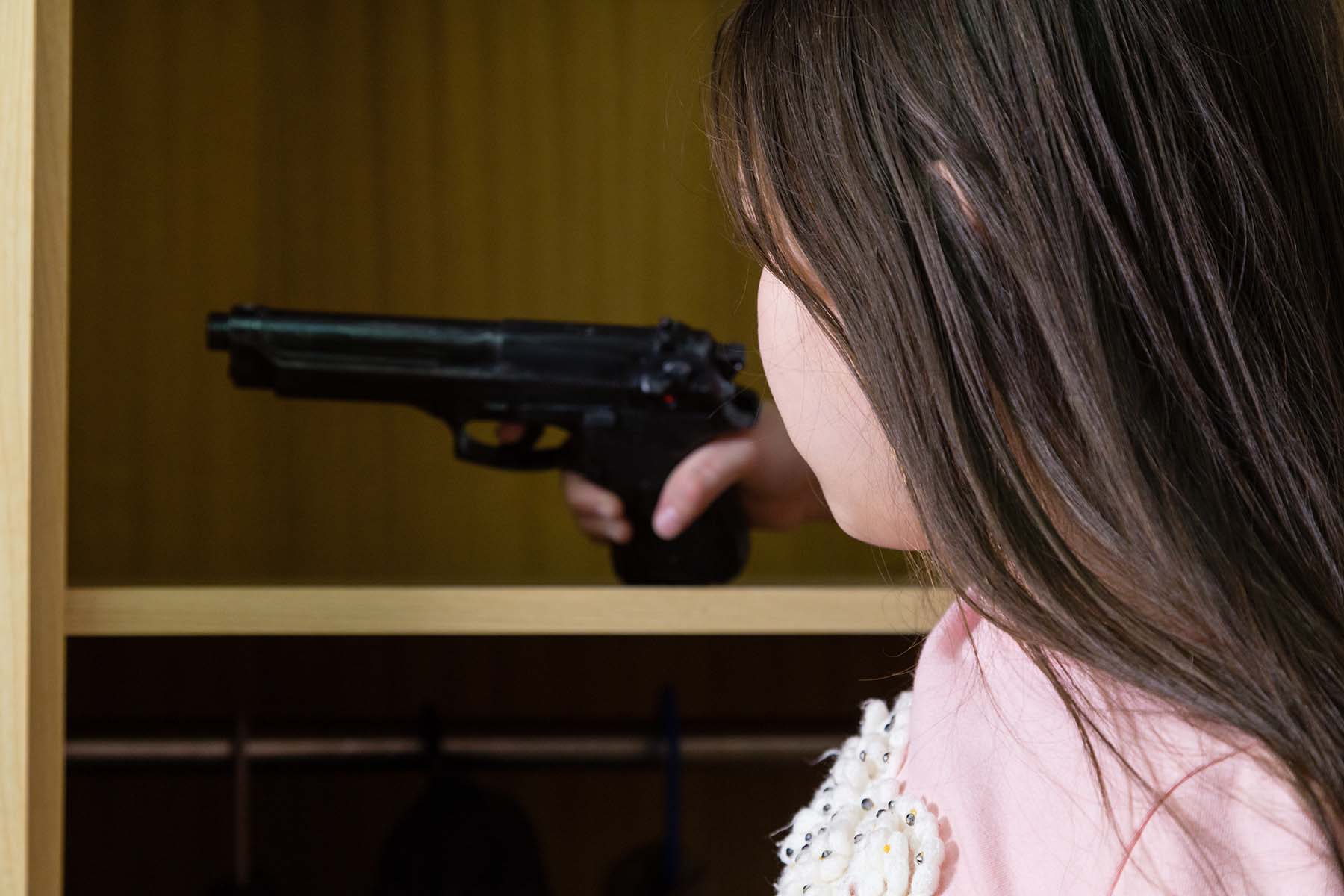 What’s the best way to keep your child safe from gun injury or death?

Kidshealth.org says, “The best way to protect your child from being hurt or killed by a gun is to not keep guns at home and to avoid homes that do have guns.” This approach is echoed by anti-gun organizations like the Brady campaign as well as the American Academy of Pediatrics, who says “The most effective way to prevent unintentional gun injuries, suicide and homicide to children and adolescents, research shows, is the absence of guns from homes and communities.” Many organizations go so far as to insist that you ask every visitor to your home if they have a firearm in their vehicle or on their person, and ask all your kids’ friends’ parents if they keep guns in their homes, and refuse to let your kids play with anyone whose family owns guns.

This is not really useful or practical advice, since, 1. It’s simplistically obvious that the best way to avoid injury by (X) is to not have any exposure to (X); and 2. It doesn’t solve the factual situation that there are more than 400 million guns in the US, and regardless of your personal feelings about firearms ownership and use, the hard reality is those guns don’t simply evaporate when lawmakers make them illegal. Guns last practically forever, and there’s a chance your kids will encounter guns in their environment even if you don’t own guns or participate in hunting or the shooting sports.

So the best practical way to prevent unintentional gun injuries and death is through consistent gun safety education and vigilance, as well as keeping your own guns secure from unauthorized access by using a fireproof gun safe.

How to teach your kids to be safe around guns

The NRA’s Eddie Eagle gun safety program has been encouraging parents and kids to learn effective gun safety for decades, and the main points they tout are good ones to start your kids on the road to gun safety education. Parents should teach children that when they encounter an unsecured firearm, they should:

These simple and memorable steps should be as familiar as “stop, drop, and roll” for kids.

Teach kids not to ever point a gun at another person, and run away if someone starts handling or pointing a gun

Unfortunately, studies have shown that even kids who have been educated in these basic steps will often not actually follow the rules when encountering guns. Whether they don’t believe a gun is actually real, or they are simply too curious, or they forget the safety rules in stressful situations, or they think they’re familiar enough with guns to handle them safely, a significant portion of the time, kids don’t follow these rules and will touch or pick up an unsecured gun in a study/evaluation setting where they don’t know they’re being observed.

So, it’s important to try to drill the situation into your child’s head and develop a safe response when someone in their friend group might be handling or pointing a gun. The most important rule for any gun safety regimen is “don’t ever, ever point a gun at anyone.”

Drill the four gun safety rules with your child and reinforce that they should never, ever touch a gun they might find outside or at a friend’s house, and don’t let anyone else touch it. If a friend or acquaintance starts messing with the gun, your child should run away as fast as they can and tell an adult. DON’T try to take the gun away from another person who is holding it or pointing it, and DON’T try to argue with someone who is pointing a gun at others. RUN AWAY and get out of there. This isn’t a question of friendship or loyalty. This is potentially a question of life and death.

Remember, even if your kids are experienced shooters, they shouldn’t be handling or attempting to unload any firearms they may encounter. Teach them to get everyone out of the area, tell an adult, and don’t let anyone touch or handle the gun without trained adult supervision.

Teach your child that if a friend offers to show them a gun, your child can say things like, “Maybe later. Let’s go do something outside,” or “This is boring.” Or if your child is curious, perhaps encourage them to ask their friend to have their parents show the gun in a controlled, safe environment. Parental involvement is key.

Safekids.org offers some good gun safety tips, one of which is to “Explain to your kids how a gun they see on television or a video game is different from a gun in real life. “A gun, in real life, can really hurt people.”

This is a really good idea. Video games, TV shows, and movies rarely give a realistic portrayal of how destructive guns can be. Tell your kids that in real life, guns can be very dangerous and cause very bad injuries or death.

The best way to demonstrate the power of firearms is to take your kids shooting at an outdoor range that allows targets like soda cans, pieces of fruit, water bottles, and other similar types of “reactive targets.” Watching what a powerful firearm does to a 2-liter soda bottle or a melon can be a sobering lesson for a child.

Remind your kids that guns aren’t toys, and people don’t just “respawn” after getting shot in real life. 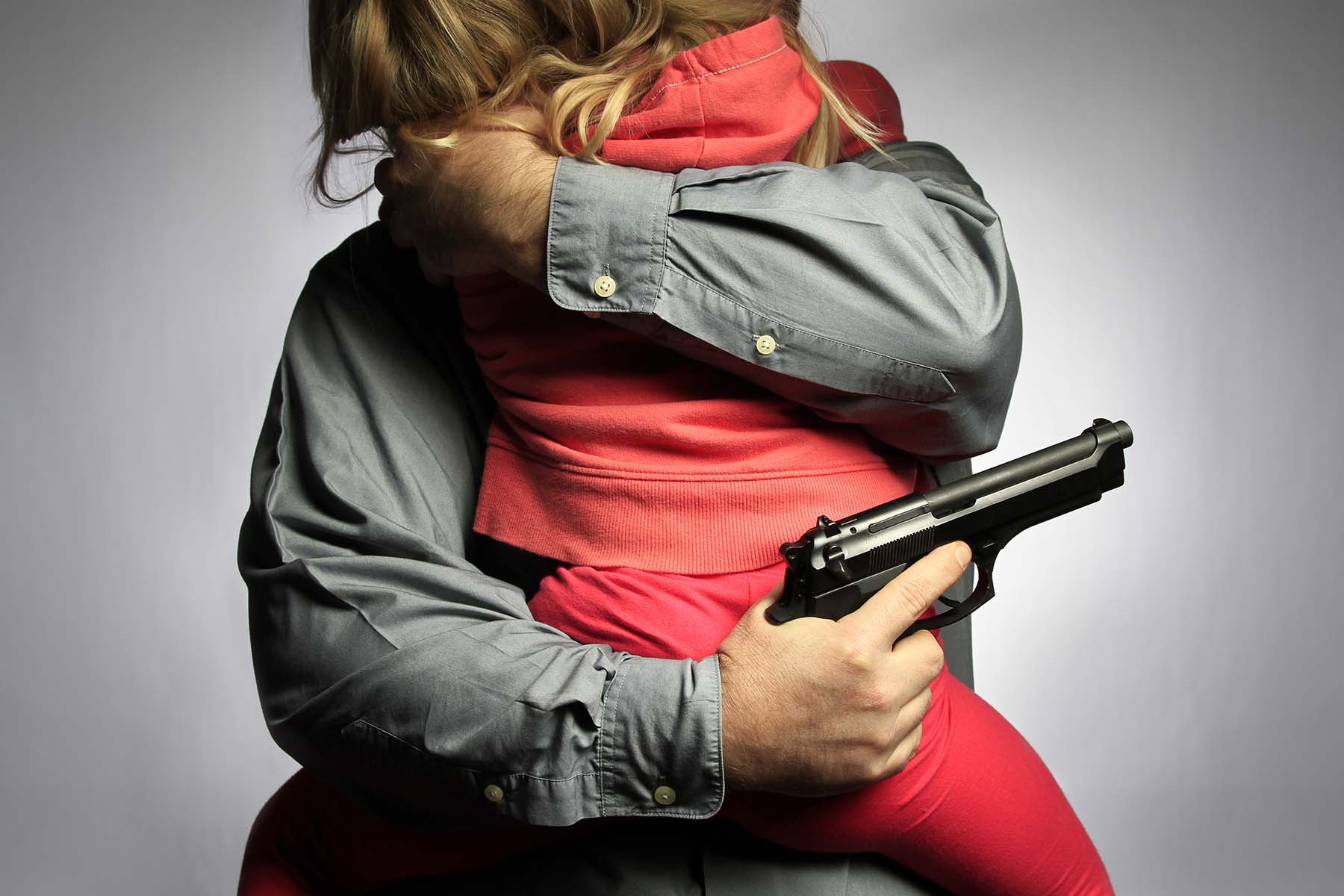 Talking to your child’s friends’ parents about guns

If you don’t own guns and are concerned about your child potentially encountering an unsecured firearm at his/her friends’ houses, it might be something you want to ask your child’s friends’ parents or caregivers about. “Is there anything potentially dangerous in your home that my child might encounter?” or “Is there an unlocked gun in your home?” may be more than what some parents are comfortable asking others, but it might be a way to start the conversation.

Store your guns securely at all times

If you have firearms in your home, you should keep them locked in a handgun vault, home safe, or gun safe. There are options for an in-wall gun safe, a closet gun safe, a quick-access gun safe, or even behind a vault door. You don’t need a big gun safe to keep your firearms securely locked. A quality, inexpensive handgun vault or even a cable lock can add a layer of gun safety protection, particularly if you keep your ammunition and firearms locked in separate locations.

If you choose to carry a firearm for defense, make sure that your firearm is always in your direct control, and keep it unloaded and securely locked away when it’s not in use. If you carry “off the body” in a bag, purse, briefcase, or in your vehicle, make extra sure that you have your firearm with you whenever you change locations. Many people eschew off-the-body carry because they are justifiably worried that they might forget their purse or briefcase somewhere with a loaded gun inside. 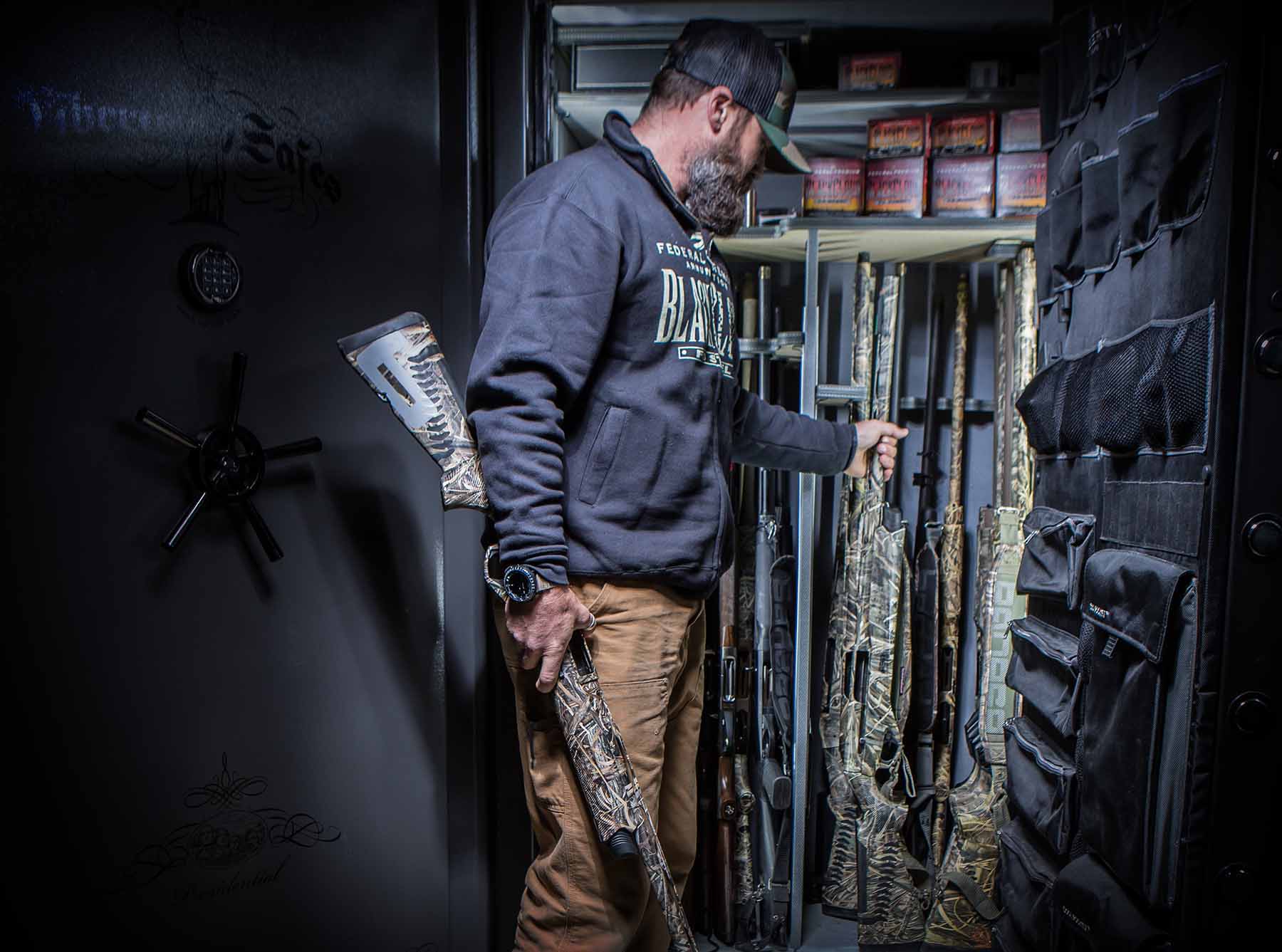 Removing the firearms mystique through education

If your kids (and possibly their friends) know you have guns, they may be very curious about them. Children often have a natural curiosity and a fascination with guns may result from cultural mores, or from movies, TV shows, and video games that romanticize firearms.

One way to diminish this “mystique” or curiosity is through familiarity. Encourage your kids to ask you any questions they have about guns, and show them your (confirmed unloaded) guns in a safe and controlled manner. Encourage them to follow the four rules of gun safety, and if they break one of the rules, tell them kindly what they have done wrong, and lock the guns away until the next time.

As you remove the mystique of firearms and answer their questions, kids may naturally become less curious and less prone to wrong behaviors if they encounter an unsecured firearm elsewhere.

Of course, if your child’s friends show interest in firearms, or your child tells them about your guns, speak to their parents and get permission before you introduce others’ children to guns. It’s a sensitive topic for many people and you should be considerate of their wishes.

We feel one of the best ways to teach kids how to be safe around guns is to take them to the range and give them some hands-on training. However, some kids simply aren’t interested in shooting, and some kids who are interested are objectively not mature enough to handle and shoot guns safely. Parents need to be honest and self-aware, and make the right choice for their family.

With the crazy prices of ammunition over the past few years, along with prolonged national ammo shortages, there has been a lot of new interest in cartridge reloading. It’s not for everyone, but for many people, reloading is one of their prim...
Read More