For law-abiding gun owners and people who want to purchase their first firearm, the various federal, state, and city firearms laws can be difficult to navigate.

Lawmakers often try to make their mark to “make a difference” by creating increasingly restrictive gun laws, which can leave sportsmen and sportswomen, hunters, recreational shooters, firearms collectors, competition shooters, and hobbyists scrambling to keep up.

Please note: we have made every effort to provide accurate information regarding various proposed and implemented gun laws. However this article is for informational purposes only and is not intended to be an exhaustive or comprehensive list, nor should it be considered legal advice. Consult your local laws and/or a licensed attorney in your state.

Changes to federal gun laws for 2022 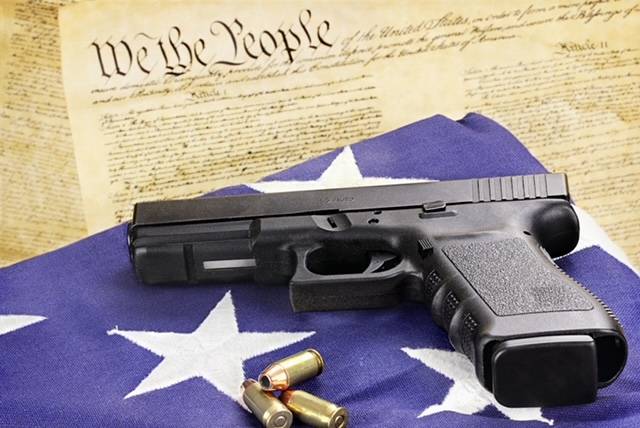 In 2021 the Biden administration announced proposed changes to laws and planned executive actions around the restriction of so-called “ghost guns,” the creation of new “red flag laws,” and ATF clarification of stabilizing braces for firearms. The administration also launched an educational campaign promoting the safe storage of firearms. (Of course, a quality handgun/pistol safe, smart vault, and/or a large gun safe would be ideal in keeping firearms out of the hands of children or other unauthorized users. Check out Liberty’s gun safes for sale.)

However, none of the proposed new rules have come to fruition, at least as far as being passed into Federal law, and new firearms laws for 2022 are primarily happening on a state-by-state basis. Federal lawmakers are historically hesitant to try to make large changes to gun laws until after the midterm elections.

Let’s look at some of the more prominent enacted and proposed changes to various states’ firearms laws. (Again, be sure to check your local laws to ensure you’re fully compliant.) 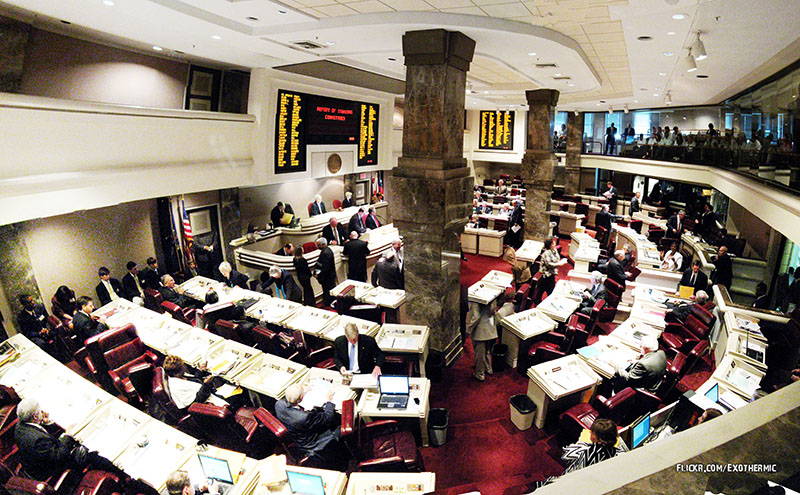 AL HB6 was introduced to the house on January 11, 2022, and intends to remove the requirement of a permit in order for a person to carry a firearm concealed or in a vehicle, as well as remove the current part of the law that states that possession of a firearm by a person who commits a crime of violence is prima facie evidence of the intent to commit the crime. Per the bill’s language:

“Under existing law, with exceptions, a person may not conceal a firearm on his or her person, or carry a pistol in his or her vehicle, without a permit. Also under existing law, when a person commits a crime of violence, the possession of a pistol without a permit is prima facie evidence of the intent to commit the crime. This bill would authorize individuals to carry a pistol or other firearm concealed or in a vehicle without a permit and would delete the presumption of intent to commit a crime of violence solely for not possessing a permit.This bill would also revise the process by which a pistol seized in connection with a violation of Sections 13A-11-71 to 13A-11-73, Code of Alabama 1975, is disposed of or returned to its owner.”

As of the time of publication of this article, Alabama House Bill 6 has not passed the House or Senate of the state of Alabama. 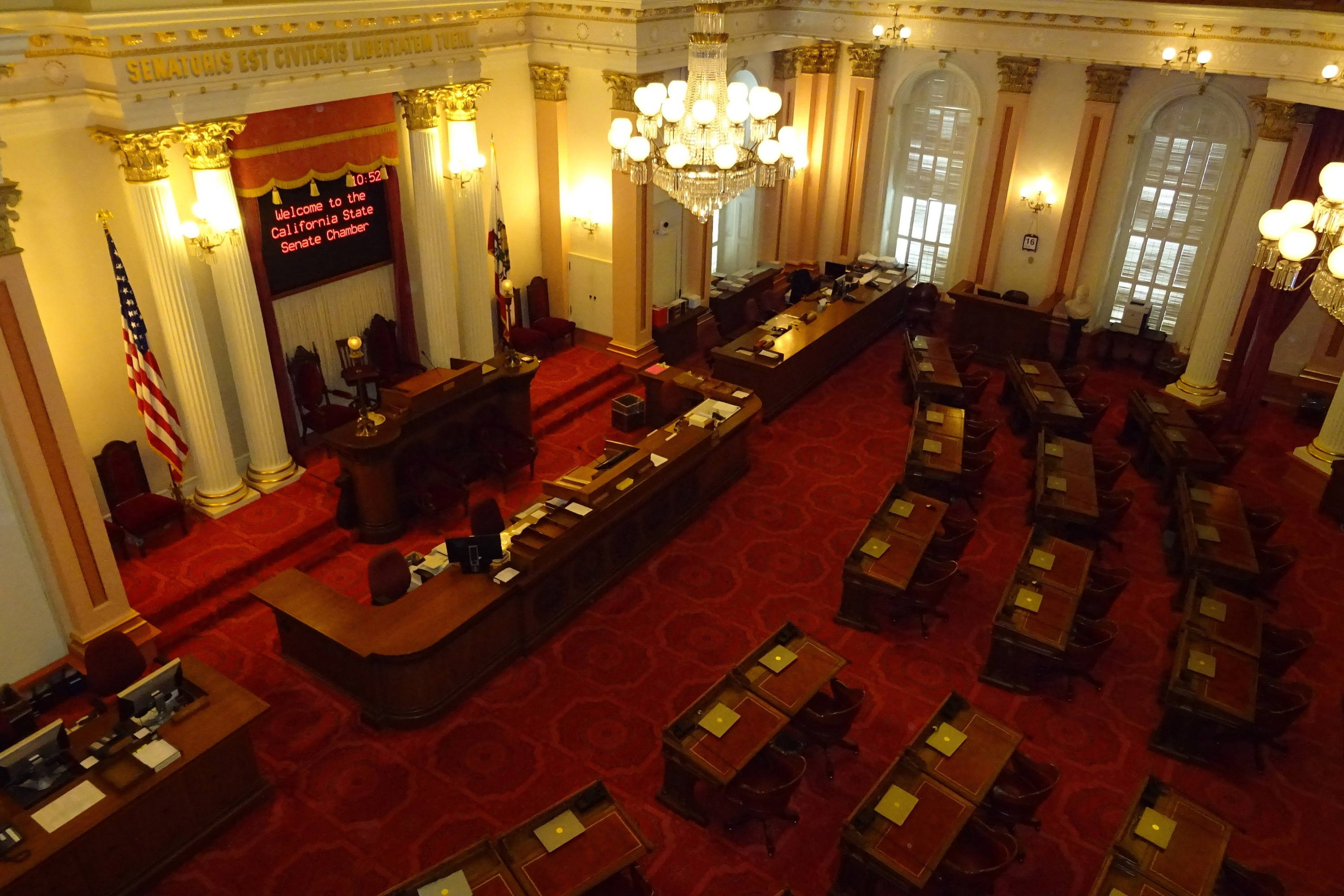 On March 3, 2022, Democrats introduced California SB1327 to the state Senate, which basically would, by statute, allow private citizens to sue gunmakers of so-called “assault weapons,” .50 BMG caliber rifles, and “unserialized firearms.” The bill is based on the Texas ban on abortion after 6 weeks gestation, which was left in place after review by the Supreme Court in December 2021.

Per CA SB1327, “It is the intent of the Legislature in enacting this chapter to further restrict in this state the manufacture, distribution, transportation, importation, and sale of assault weapons, .50 BMG rifles, and unserialized firearms by creating new civil law prohibitions and a civil enforcement mechanism, independent of existing law. Nothing in this chapter shall be construed to limit in any way the enforceability of existing law concerning firearms, including, but not limited to, Part 6 (commencing with 16000) of the Penal Code.”

This bill would create a private “right of action” for any person against any person who sells or manufactures the above types of firearms. The bill has not passed the state House or Senate at the time of publication, and the way the bill is worded implies that it would be removed based on the theoretical repeal of the Texas abortion law. 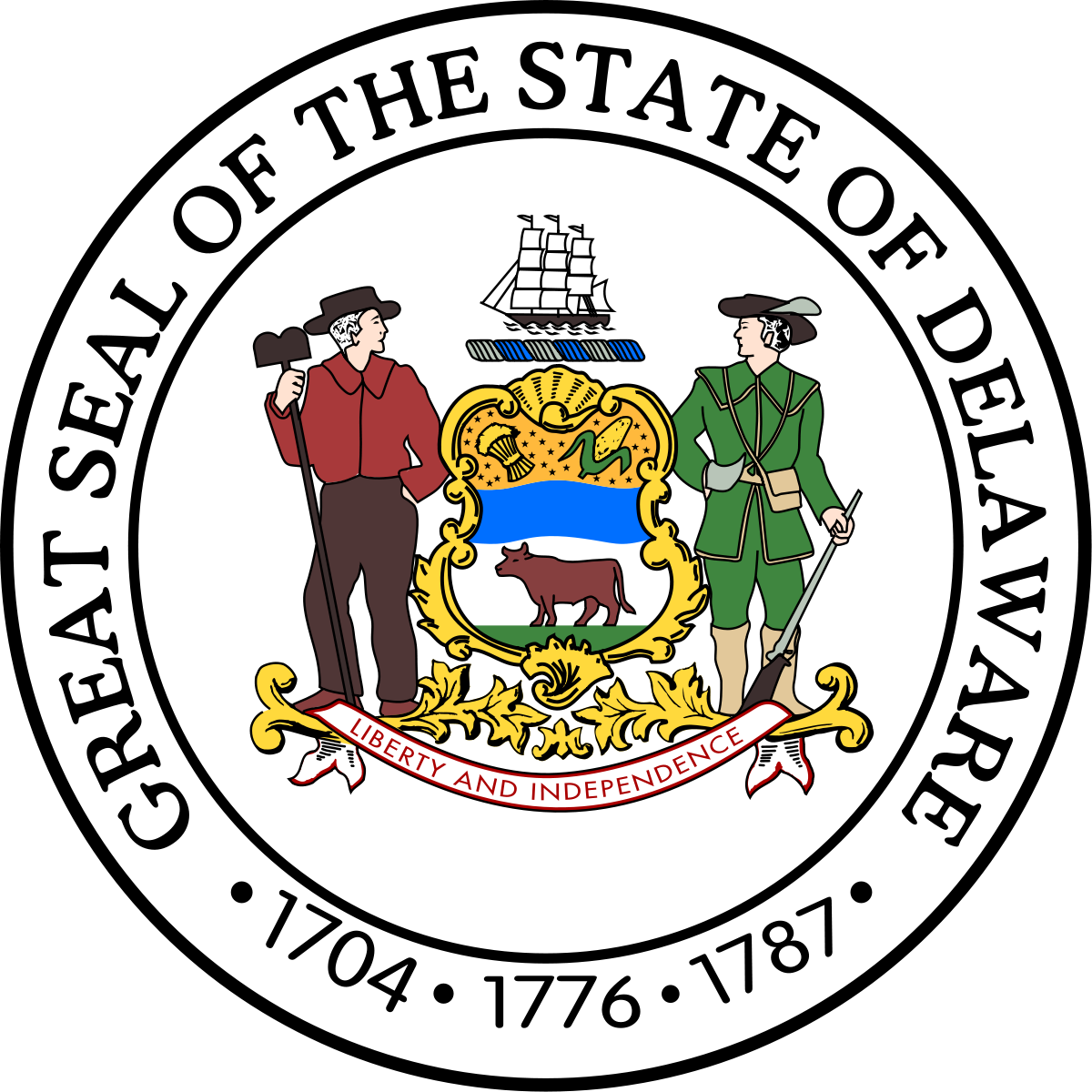 Delaware SB172 basically removes the state’s licensing requirement for carrying a concealed weapon by law-abiding citizens over the age of 21.

This Act brings Delaware law concerning the carrying of concealed deadly weapons into conformity with Section 20 of Article I of the Delaware Constitution by allowing a person who is 21 years of age or older and not a prohibited person under either Delaware law or the laws of the United States to carry a deadly weapon concealed on or about their person for the purpose of defending self, family, home, and State.

In addition, this Act makes technical corrections to conform existing law to the standards of the Delaware Legislative Drafting Manual and conforming amendments in other provisions of the Delaware Code to account for the removal of the requirement to obtain a license to carry a concealed deadly weapon.”

The bill was introduced to the Senate on June 8, 2021, but has not passed the legislature as of the date of publication. 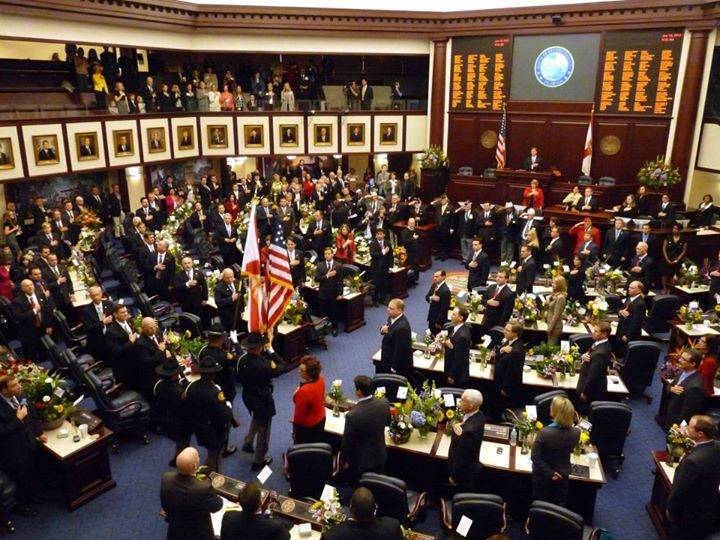 Florida HB103 2022 was read into the House on January 11, 2022, and is intended to remove the requirement of a license to carry a concealed firearm by non-prohibited persons. Additionally, the bill would limit the areas in which concealed carrying of a firearm is prohibited, revise related criminal penalties, revise provisions relating to carrying of concealed weapons or firearms by non-Florida residents, provide for the issuance of concealed carry licenses for reciprocity purposes (where one state recognizes the concealed carry permit from another state and vice versa), and specifically states that a person not otherwise prohibited by law from possessing a firearm or other weapon may own, possess, and lawfully use firearms and other weapons, ammunition, and supplies for lawful purposes.

As of the time of publication, Florida’s House and Senate have not voted on HB103. 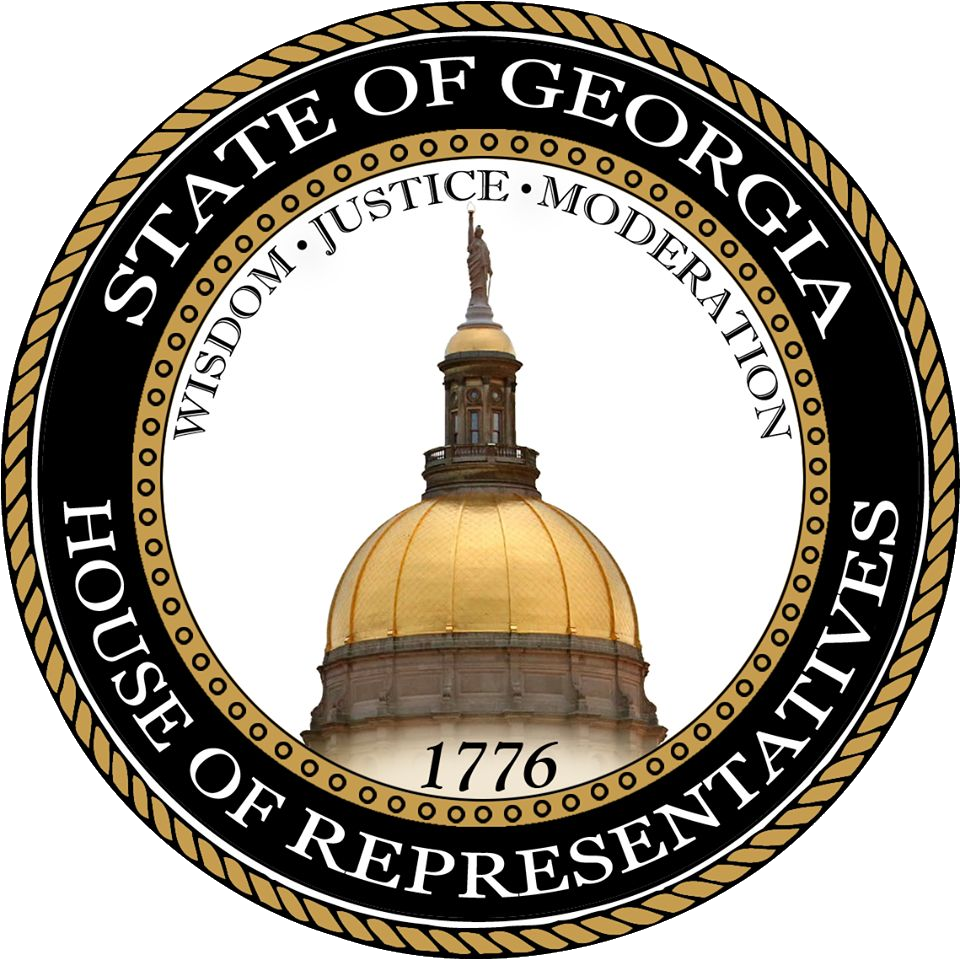 Georgia HB962 for 2022 intends to establish a misdemeanor penalty for failing to report a lost or stolen firearm to Georgia law enforcement. Per the bill’s language (introduced to the House on 1/26/2022), Failure to report a lost or stolen firearm shall be a misdemeanor punishable by a fine of $25.00 and a second or subsequent violation of this Code section shall be punished by a fine of not more than $500.00.”

Dealers are exempt from this requirement.

This is not an inclusive list of provisions of HB971 so please refer to the bill’s text for all aspects of the proposed law.

As of the time of publication, Georgia’s House and Senate have not voted on these bills. 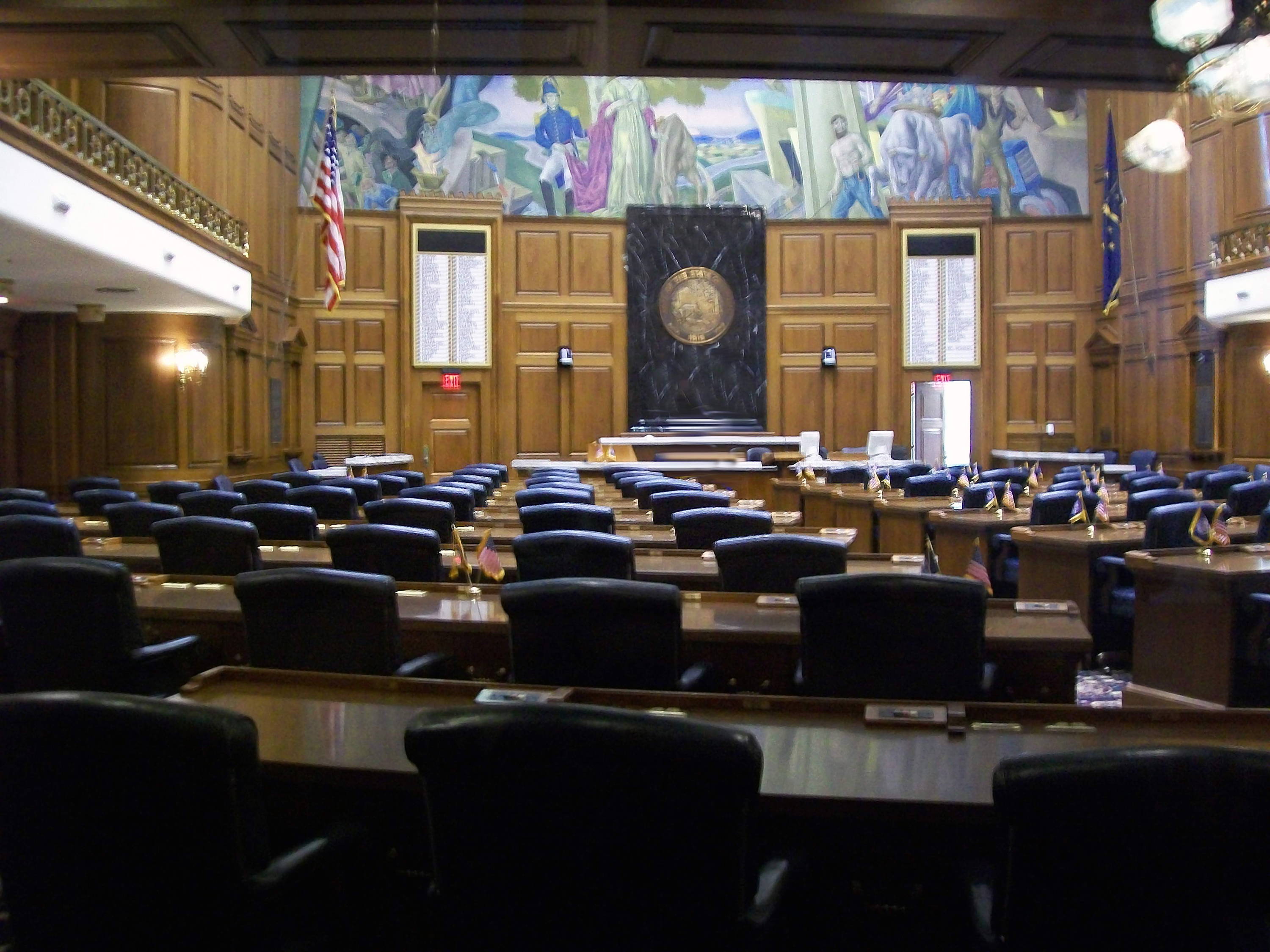 Indiana HB1077 for 2022 looks like it will pass both the House and Senate, and intends to:

There are other non-firearm-law-related provisions of the bill relating to the training of law enforcement officers, town marshalls, deputies, and so forth, so if you’re interested, please refer to the text of the bill.

HB1077 2022 passed the house on about January 11, 2022, and is (at the time of publication of this article) being debated in the Senate, but at this time it looks like it will pass. 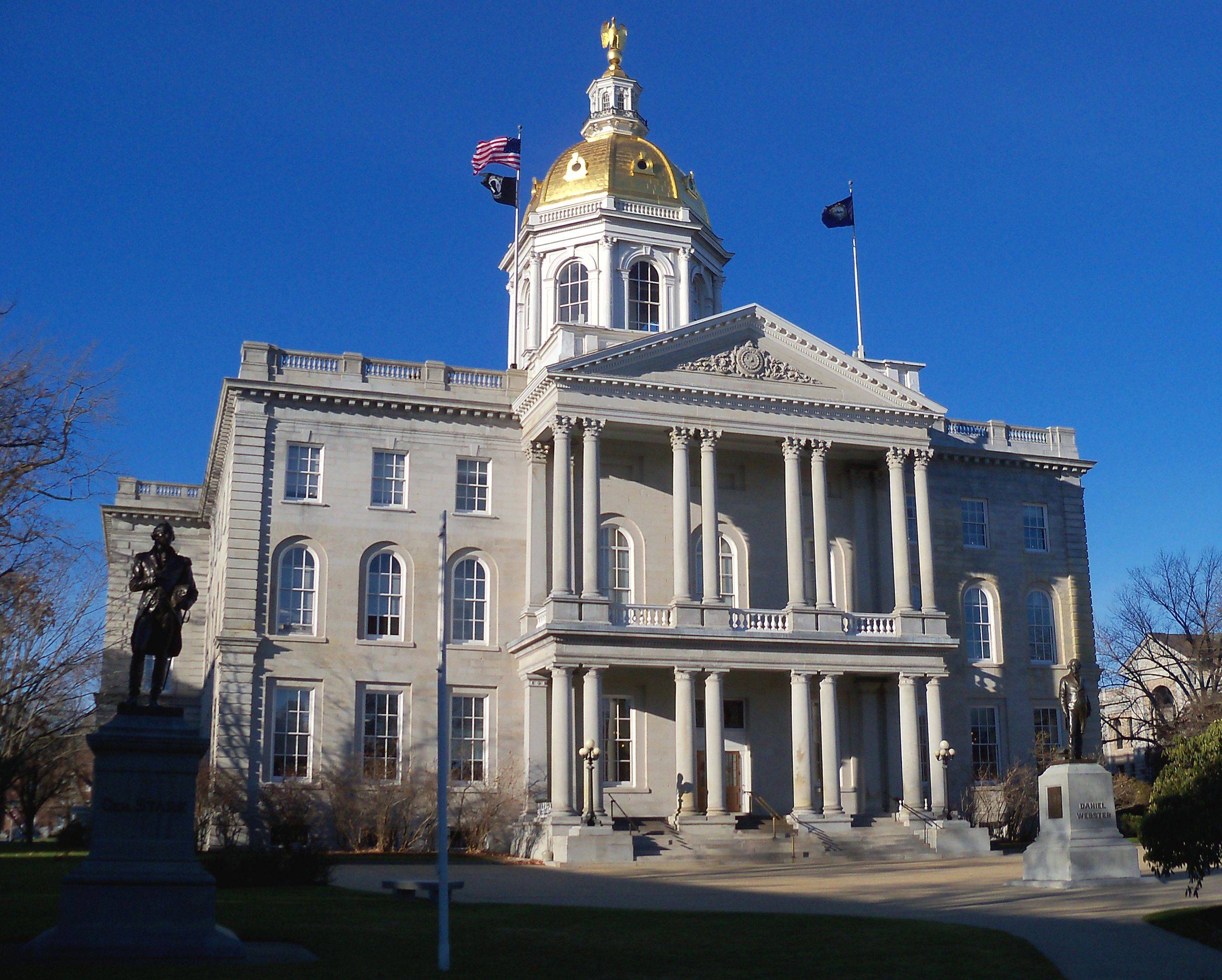 Strong words from the “Live Free or Die” state.

Nebraska Legislative Bill 773 2002 is a sweeping bill with a lot of nuances unrelated to firearms, but the relevant portion of the bill as it relates to gun law is essentialy that it will provide for carrying of a concealed handgun without a permit (by non-prohibited persons) and prohibit regulation of such carrying by cities, villages, and counties in Nebraska.

The bill was introduced on January 11, 2022, but failed to pass the Legislature at the latest roll call on March 11. The bill may pass after further amendments are made.

This bill was introduced in the House on August 4, 2021, passed the House on January 20, 2022, and is currently awaiting vote in the Senate (as of the time of publication).

New 2022 gun laws in other states and cities 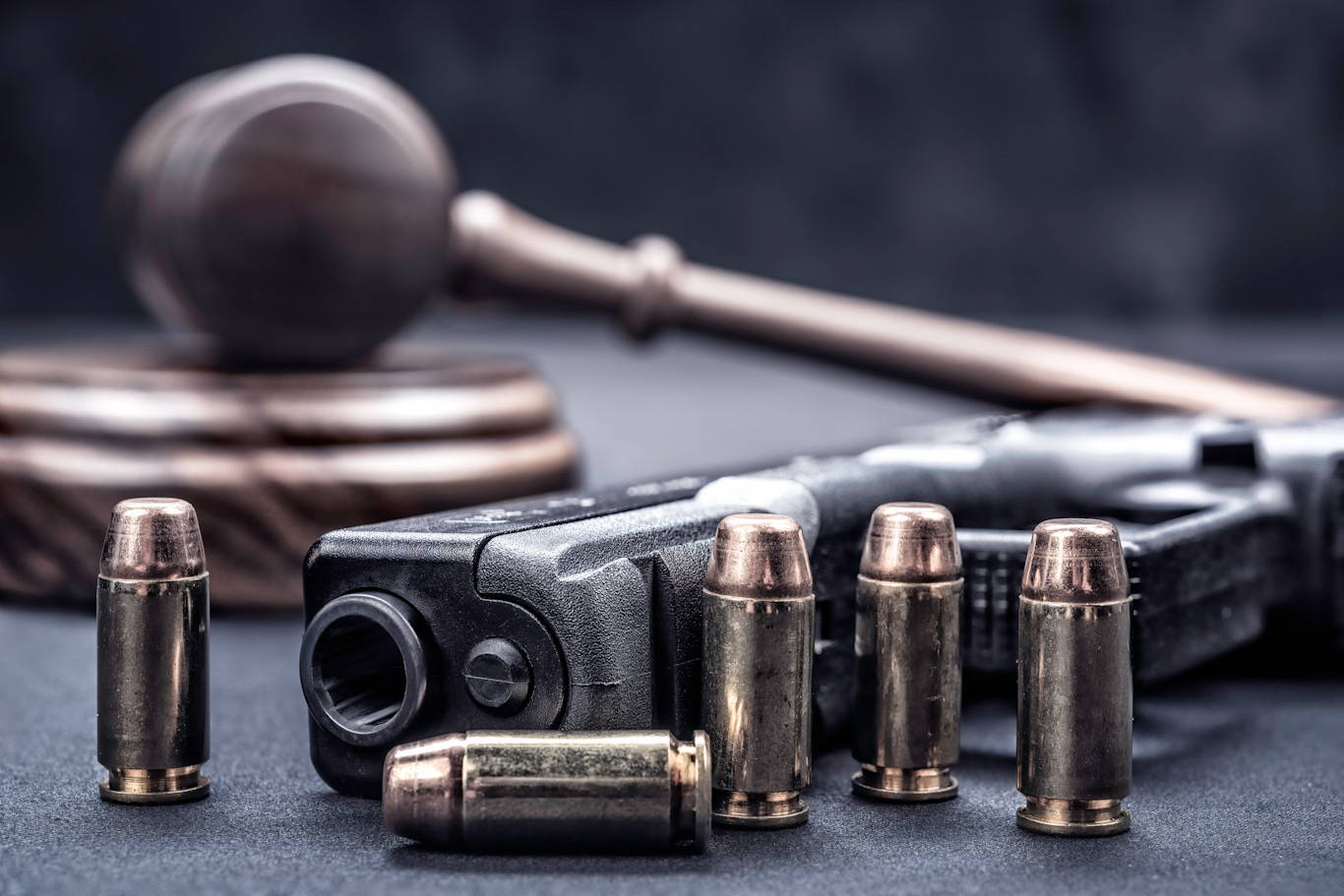 Washington state ban on high-capacity magazines: On March 5, 2022, the Washington state legislature passed a law restricting the manufacture, purchase, transfer, distribution, and sale of “high capacity” magazines within the state. Senate Bill 5078 prohibits the sale, attempted sale, manufacture, and distribution of “high-capacity” magazines (their definition is any magazine capable of holding more than 10 rounds of ammunition). Washington’s law does not prohibit the possession of high-capacity magazines, instead of focusing on their manufacture/supply and sale. However, depending on the definition of “distribution,” the bill apparently explicitly outlaws giving, lending, or selling “high capacity” magazines between private individuals in Washington “with or without consideration.” The new law goes into effect on July 1, 2022.

There are three exceptions to the Washington ban noted in the bill language: standard-capacity magazines that have been permanently altered to prevent the loading of more than 10 rounds; .22 caliber tube feeding devices; and tubular magazines that are contained within a lever-action firearm.

The San Jose city website states: “The City of San José will require gun-owning residents to obtain an official document evincing payment of an annual fee, and attestation of insurance coverage for accidental firearm-related death, injury, or property damage.

The document must be kept wherever guns are stored or transported (car, home, etc.). A written waiver will be permitted for all low-income individuals who qualify for exemption under Cal. Govt. Code §68632.

A non-profit foundation will collect and distribute all fee revenue to evidence-based, local gun violence-reduction programs, such as domestic violence and suicide prevention, mental health, addiction treatment, and gun-safety training. Programs will prioritize but not exclusively serve clients living in gun-owning households.”

This is the first ordinance of its kind in the US, and since many progressives adhere to the adage, “As goes California, so goes the nation,” it may spur other non-gun-friendly cities and states to enact similar laws.

Since restrictions, laws, and local ordinances can change frequently, it’s important to check all local laws whenever you move to a different city or plan to visit.

Protect your guns with a liberty safe

Despite the strong feelings on both sides of the gun-rights issue, one recommendation that nearly everyone can agree on is the need to keep firearms secure from unauthorized access. Whether you’re looking for a small gun safe, a large gun safe, a vault door, or a handgun safe, a USA-made gun safe from Liberty is an excellent choice.